In response to news that Chicago Bulls guard and star player, Derek Rose injured his knee. The media has shown a number of "well wishers"  parading in front of the cameras hoping for his speedy recovery. It should be noted that these expressions of "concern" have come from a variety of nationalities. However, there has been a predominately show and coverage of the benevolence of just plain good ole' White folks. Images of Puritans pouring their hearts out for this young African-American male may give the world the impression of how much of an American post-racial, Obama kool-aid drinking society America has become. What a reality check it would be for the world if this entity for the English and their counterpart were to be wounded or injured other than that of the playoffs, or even that of the NBA season in general. Or if he were to be pulled over, framed, and beaten to say the least by the Chicago Police in Englewood or North Lawndale. After the job was done and the Championships had been won. How many of these Northside fans would flock to his defense? The visions of those cheering and concerns from the big ticket spenders and owners of these franchises and plantations. Harken back to the days of Rome with the clamors of concerns from the Ceasers and the likes for the "well being" of the latest eunuch to enter the stadium to do with the battle the Lion for the entertainment of the Emperor. The facade could only be outdone with images of farmer bringing flowers for his cow that is sick. Or that of famed fight promoter Don King expressing concern over one of this fighters who got hit. Or even that of National Secretary of Education Arne Duncan, the Mayor of Chicago (former/present), Supt. of Chicago Police, the religious leaders, poverty pimps, etc. whom collaborated with the state. In order to implement such policies as Renaissance 2010 in Chicago, Ill... Speaking at the funeral and/or expressing condolences for the Darrien Alberts and other casualties. that have and will be incurred as a result of polices put into place by those that profit off of the Peoples pain.
-Chairman Fred H.A.M.pton Jr. POCC/BPPC. WE RIDE!

Dare To Struggle Dare To Win

White Man and his system constantly got it's hand/foot on a Cats back. But a Black Panther Cub gone keep on fightin' Black. -Chairman Fred H.A.M.pton Jr. POCC/BPPC We Ride! 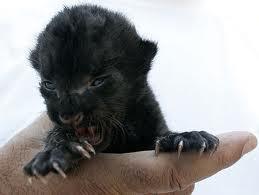 I See Self - Determination

I look forward to a better world. I see a society in which the people could produce what they consume and consume what they produce. I envision a community in which we are able to deal with contradictions as opposed to the only "options" be to call for assistance from the same pigs whose only interest is to increase them to be antagonistic contradictions. Although I've personally have yet to experience it. I fight for freedom and am a lover of liberation. My viewpoint is from the Valley as opposed to that of the Mountaintop. I represent the Ridahs, speak in the interest of the Souljahs, and communicate for the Cubs. I've learned American history from the same schools in which Malcolm X was taught,...it's ghettos and prisons. I work for the People and the streets are our office. Our work hours are 24 hrs. a day/7 days a week. The concrete and alleyways serve as our desks and those cats on those corners are our secretaries. I/We struggle for a society in which laws would serve Men/Women as opposed to Men/Women serving laws. However, my vision is not blurred by an dreams. For I recognize that there is a price to pay for this vision. I am clear that there are countless numbers of those who benefit off keeping this resent parasitical system in place. I understand that there is a price to pay for peace. I am cognizant that we have and will incur casualties for our cause. Although during battle it looks bleak. Though it wares on the soul, and is a strain on the eyes...I see Self-Determination!- Chairman Fred H.A.M.pton Jr. POCC/BPPC...WE RIDE! 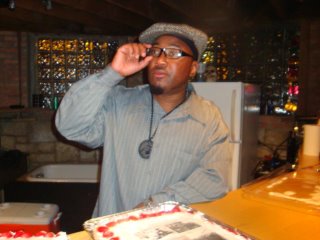 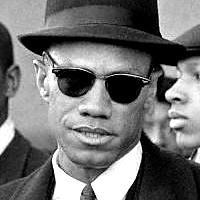 
Chairman Fred why don't the schools want to talk about the Black Panthers? Chairman Fred why have you been banned from WVON and other so-called Black Owned radio stations? Chairman Fred why did major news media in Chicago, Illinois state at protest regarding Police Terrorism. That they were given orders not to report anything said by Fred Hampton Jr./ The Chairman? Why is that although the Cubs and other organizations and individuals alike would be on the ground catching trumped up cases and assults at the hands, gloves, billy clubs, and guns from the Pigs. Then turn the news on and see some of the States Safe Spokespersons speaking? Chairman Fred why is it that when such cases as Trayvon Martin in Sanford Co. Florida start catching some heat in the streets. The same ones that instituted the policies in order for Triggerman Zimmerman to feel comfortable to kill Trayvon. Suddenly stage an event and present a savior to the enslaved. In which our only way of speaking be deemed to come from these conduits for capitalism? Why did Sony  records send a mandate to several artists to not be open for Chairman Fred Hampton Jr. POCC/BPPC to take the stage and make political commentary? Why even within so-called progressive arenas there is a concerted effort to not let the Cubs be heard?


The Black Panther Party is a legacy that the state and its various apparatus's ie; schools, media, "historians", etc. continuously attempt to obliterate or malign out of history. We, the Black Panther Party Cubs position that the repspective legacy. Of one of the most revolutionary organizations that North America has yet to witness. That legacy is more important than our life. -Chairman Fred H.A.M.pton Jr. POCC/BPPC
Posted by Chairman Fred Hampton Jr. on Saturday April 28, 2012 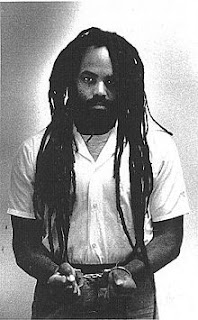 Happy 58th Birthrite to Mumia Abu Jamal! Let the clarion Call of Free Mumia Abu Jama! Free 'em All! Be so consistent and so clear that it be heard from Philly to DC. And from the Congo to Chicago. In fact so loud that Mumia himself as well as the rest of those whom are held captive within the concentration camps and other respective colonized communities hear it themselves. Forward to the day in which we celebrate with Mumia and all on our terms!
-Chairman Fred H.A.M.pton Jr. POCC/BPPC
Posted by Chairman Fred Hampton Jr. (POCC/BPPC) at 10:44 AM No comments: 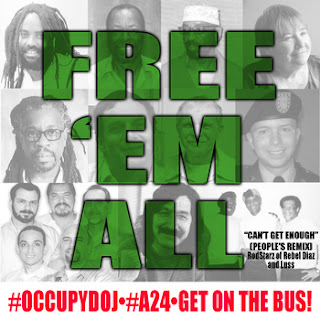 Posted by Chairman Fred Hampton Jr. (POCC/BPPC) at 12:18 AM No comments: