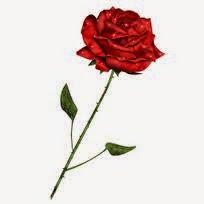 You think I forgot?
Well, I think not!
From the Pyramids to the plantation,
Through the sharecropping and segregation.
To the Ole’ Earth from her seed
Yes, indeed you carried me.
In Africa I rode your back
On the plantation a potato sack.
Whatever the case you held me tight.
Kept me close those winter nights. (whisper)
Matriarchs and Mothers and Queens and Nannies.
Big Mamas and Dear Mamas, Geronimos and grannies.
Healers of sickness who addressed the business.
Wasn’t no need for traveling, homemade healthcare!
From common colds, to frequent flus to champion of childbearin’.
Continuously connected through this cold hard system.
When my cries were denied you were the only one listening.
I didn’t play no dissin’ Mama when playing the dozens
For it wouldn’t be no me if she wouldn’t of gave Daddy no lovin’
Through the hard times and struggles, discomforts and pains.
The cold nights, beans and rice, mayo jars with kool-aid.
Yeah, I did my share of stupid stunts, fuck ups and cutting up in the class
You showed TOUGH LOVE and had no hang ups about tapping that ass.
And with those high times we had in my mind remains
First days of school and surprise birthdays.
They’ve been trying to divide us in hectic times throughout the history
From masta’ selling me off ‘till today with Baby ‘T’.
You’ve produced pyramids, taught tribes and gave names to Nations.
You are not only my mother but the Mother of Civilization.
Those are your children in Kenya and the descendants in Dominican.
You’ve breast fed me in Botswana. And kept me clothed in Ghana.
Whenever they beat me down, you told me “Son stand up!”
You said all men fall down but great Men get up.
When they came and framed me, and placed me behind these walls.
You knew the business, prison visits and collect phone calls.
From the womb to the tomb, from the belly to the grave.
Through four inch glass, prison blues and shackles and chains.
I love you dearly, miss you really.
And that ain’t never gon’ change.
©May 14, 1998 Chairman Fred Hampton Jr.
Posted by Chairman Fred Hampton Jr. (POCC/BPPC) at 9:07 PM No comments: 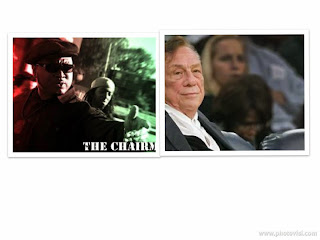 
You know in all honesty.

I'm kind of surprised and shit.

That mothafuckahs was surprised and shit.

That White Men behind closed doors on phone calls.

Who happens to be bankrolled by owning a bunch black boys who bounce basketballs.

Still see them as nothing more... Than mercenaries with money, negroes with big bankrolls, and well paid whores.

From the US President right on down to the NBA Commissioner.

Those in the know knows how this shit goes.

For the fact is that what Donald Sterling said.

Is the same sort of sentiments that if not openly said.

One thang for sure, two thangs for certain.

At the minimum, exists in their heads.

Whether it be the American Gangsters and Banksters.

That foreclose on our old folks homes.

Or the Interscopes and the rest of those that control those negroes
when they go in those studios and put out those songs.

As well as those cloaked in black robes.

Whether it be D-Slave Wade, Lil Wayne or any one of them famous mothafuckin' slaves.

The LA Lakers, the Chicago Bears, hell even the Clippers.

As well as the rest of them big figure niggahs.

Like the Roman Gladiators from back in the days.

Who have been well trained, neutered and spayed.

Broken, bowed down and warned to be well behaved.

Castrated, disconnected from their families and their communities.

And whether it be directly or indirectly told.

To only look forward to the Grammys,playoffs,rings,next seasons, and the Super Bowls.

Now, no sooner than this consistent contradiction within this system be exposed.

The NAACP and some mo' state made negroes.

Will come running with water buckets and open billfolds.

With a slave boat full of celebrity hosts and award shows.

All in the interest of doing damage control.

For let the record reflect that Donald Sterling speaks for the system!

And by no means was this criminal expressing an individual position.

Policies, practices, and positions that have been birthed, built, and based.

Off of the backs of Blacks.

And in closing, if there remains to be any questions
or speculation in regards to America and its race relations.

That was born and raised and made in the city of Chicago.

Has clarified as well as opened some eyes.

In regards to race in this place called America.

In which for all practical and political purposes.