Get The Word Out! Nominate Chairman Fred Hampton Jr.,
"Best Community Leader" On Wednesday May 29th 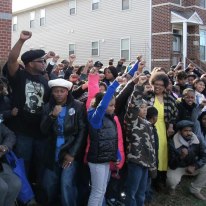 Chairman Fred is a grassroots organizer. His fights include those against police brutality, bringing jobs into the community and freedom for all. Chairman Fred is an overworked and underpaid servant of the people and has been for a lifetime. Serving the people is not a new fad for Chairman Fred. From Trayvon Martin to Mumia Abu Jamal, Chairman Fred Fights for the People.

Posted by Chairman Fred Hampton Jr. (POCC/BPPC) at 10:29 AM No comments:

Recipe For Destruction Prepared By The Ruling Class

"Will history reflect the recipe for destruction prepared by the ruling class? How the dictates of Daley and the edicts of Emmanuel set the stage for the slaughterhouses throughout the streets of Chicago.  How simultaneously demobilizing mass transit lines where Black folks ride along the largest number of closing of schools in U.S. history.  Right in the base of Black and Brown ghettos.  The conditions that cause for the increased population in the Cook County Concentration Camp.  And for cadavers to be strewn through the streets of war zone that has become known as CHIRAQ!"
-Chairman Fred Hampton Jr.

The administration of the city of Chicago ( CHIRAQ!) sets the stage to increase the murder rate.

"Similar to that of former US President George W. Bush as well as his predecessors. When implementing the attacks on the Black community in particular. This representative of the ruling class drafted the likes of a former Sec. of State, Condelezza Rice to be the face for the fusillade of attacks that are bound to come to the colonized communities. the mass displacement of so many disenfranchised families throughout the city of Chicago and other draconian dictates could not have had such a smooth "transition" by the infamous former Mayor Gangster Daley without the Avis Lavelles, Heards, etc.. Today Mayor Rahm Emmanuals political absence, however political presence in regards to the largest number of public school CLOSINGS can be literally felt through the articulation of CPS (Chicago Public Schools) board representatives Andrea Zoop and others. Or as board president Vitale articulated... "Barbara Byrd-Bennet we couldn't have done it without you." Barbara Byrd-Bennet, the CEO of Chicago Public Schools. IT should be noted, the CEO of Chicago Public Schools. If we are not clear by now that this is a big business.  Just as the prisons/concentration camps are big business. They, the state makes it clear." -Chairman Fred Jr.

And Some Still Don't See Slavery....

Email ThisBlogThis!Share to TwitterShare to FacebookShare to Pinterest
Labels: Slavery

"You have to be very careful introducing the truth to the black man, who has never previously heard the truth about himself.  The black brother is so brainwashed that he may reject the truth when he first hears it.  You have to drop a little bit on him at a time, and wait a while to let that sink in before advancing to the next step"
--Malcolm X

WHAT REALLY HAPPENED TO MALCOLM SHABAZZ ?


Listen to internet radio with Empress Chi on   BlogTalkRadio
Posted by Chairman Fred Hampton Jr. (POCC/BPPC) at 8:51 PM No comments:


Listen to internet radio with R2C2H2 Tha Artivist on BlogTalkRadio

The Mother Ode' - To The Mommas and Mothers By Chairman Fred Jr. 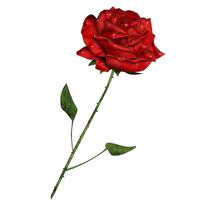 You think I forgot?
Well, I think not!
From the Pyramids to the plantation,
Through the sharecropping and segregation.
To the Ole’ Earth from her seed Yes, indeed you carried me.
In Africa I rode your back On the plantation a potato sack.
Whatever the case you held me tight.
Kept me close those winter nights. (whisper)
Matriarchs and Mothers and Queens and Nannies.
Big Mamas and Dear Mamas, Geronimos and grannies.
Healers of sickness who addressed the business.
Wasn’t no need for traveling, homemade healthcare!
From common colds, to frequent flus to champion of childbearin’.
Continuously connected through this cold hard system.
When my cries were denied you were the only one listening.
I didn’t play no dissin’ Mama when playing the dozens
For it wouldn’t be no me if she wouldn’t of gave Daddy no lovin’
Through the hard times and struggles, discomforts and pains.
The cold nights, beans and rice, mayo jars with kool-aid.
Yeah, I did my share of stupid stunts, fuck ups and cutting up in the class
You showed TOUGH LOVE and had no hang ups about tapping that ass.
And with those high times we had in my mind remains
First days of school and surprise birthdays.
They’ve been trying to divide us in hectic times throughout the history From masta’ selling me off ‘till today with Baby ‘T’.
You’ve produced pyramids, taught tribes and gave names to Nations.
You are not only my mother but the Mother of Civilization.
Those are your children in Kenya and the descendants in Dominican.
You’ve breast fed me in Botswana. And kept me clothed in Ghana.
Whenever they beat me down, you told me “Son stand up!” You said all men fall down but great Men get up.
When they came and framed me, and placed me behind these walls.
You knew the business, prison visits and collect phone calls.
From the womb to the tomb, from the belly to the grave.
Through four inch glass, prison blues and shackles and chains.
I love you dearly, miss you really.
And that ain’t never gon’ change.
©May 14, 1998 Chairman Fred Hampton Jr.
Posted by Chairman Fred Hampton Jr. (POCC/BPPC) at 11:42 AM No comments:

The Defection of (JR)

The Great Grandchildren of Garvey, offspring of Malcolm, and the ideological Cubs of Panthers  – POCC/BPPC
Prisoners Of Conscience Committee/Black Panther Party Cubs

1A favela is the generally used term for a shanty town in Brazil. In the late 18the century, the first settlements were called barrios africanos (African neighborhoods). Source: Wikipedia.
2The use of “agent orange” by the U.S. in Vietnam pales in comparison to the results of the U.S. using “depleted uranium weapons” in the Gulf War and Iraq. Depleted uranium used in weapons, after it has exploded and burned, the particles of uranium oxide (extremely radioactive) can be inhaled or ingested. The tiniest particle in the body is poisonous and deadly, and over time causes cancer in lungs, kidneys, testes, and ovaries. It also causes dramatic increases in birth defects and deformities.

3Thomas Hagan fna Talmadge Hayer, now Mujahid Hakim was on work release for nearly 22 years. He spent five days a week working in settings that included a homeless shelter; he spent those nights at his Brooklyn home with his family. He told the parole board he hopes to become a substance abuse counselor.

4Reference to International Impact pg. 10 of 40 this document