"Memorial Day...May 30, 2016. Let us remember the ruling class that is responsible for our communities being converted to caskets ,cadavers, and casualties to be held captive in the Cook County Concentration Camps. Let history never forget the politicians and policies in which profited off of our people being placed in the ground. Let the future generations maintain Walls Of Shame for not only of the system that did this to us. But also of the Coons whom were complicit with the crimes committed against us. Let the record reflect also those that refused to resist nor support resistance. As well as those that were active participants with the system. That was/is dead set on doing us in. Let us raise our heads and clinch our fist with the mere mention of those whom dared to fight back. And let us never forget the Mayors, the Machines, and The Minions who created and were complicit with the creation of CHIRAQ!"-Chairman Fred Jr..
Posted by Chairman Fred Hampton Jr. (POCC/BPPC) at 12:13 AM No comments: 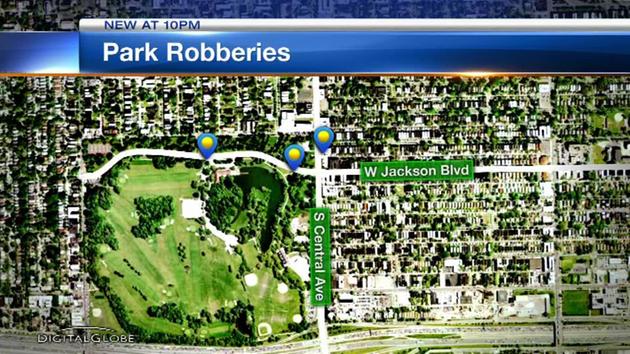 Years ago it was proposed to me...

"Years ago it was proposed to me. That we raise funds to reface the tombstone of my Father, our Chairman... Chairman Fred Hampton.

Being that law enforcement annually shoots up the front of his tombstone. In which I respectfully opposed the motion. In which I still stand by. Being that there comes a time in which euphemisms must be relinquished.

Perfume should no longer be put on the political stench of our situation. Make up should not be placed upon the face of the battered Woman. Curtains should be drawn and the pains unveiled! No longer should state sanctioned palatable punks. Be propped up as the peoples spokespersons. When CHIRAQ! should be called that...The warzone that it is. And the war that has and is being waged upon the people. Directly and indirectly. A time for brutal terms to describe brutal realities.

When we declare our imprisonment as that of mass kidnappings. Our bonds as ransoms and Correctional Centers as Concentration Camps. Gentrification as Land Grabs. There comes a time in which Bullsh*t must be distinguished from the Business. A time to distinguish the criminals from the victims. And those of whom are complicit from those who are resisting. There comes a time!"
-Chairman Fred Hampton Jr.. Black Panther Party Cubs. 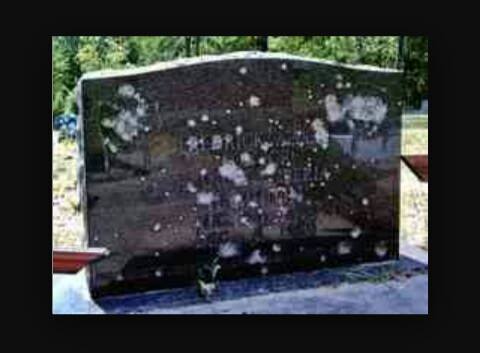 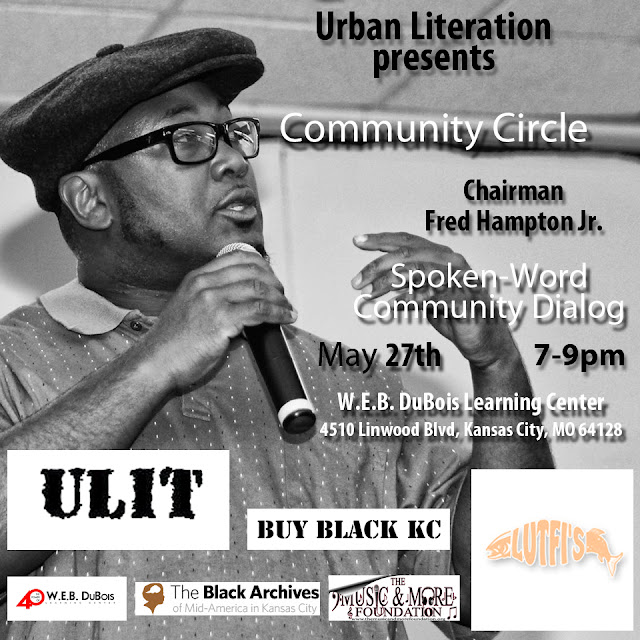 Forward To The 50th 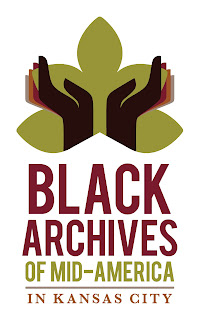 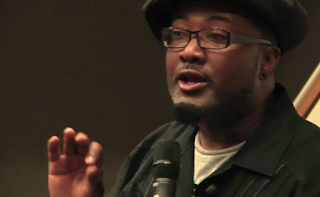 Email ThisBlogThis!Share to TwitterShare to FacebookShare to Pinterest
Labels: The Legacy of the Black Panther Party

At a certain stage liberalism can be converted into criminalism

"At a certain stage liberalism can be converted into criminalism"
-Chairman Fred Hampton Jr. 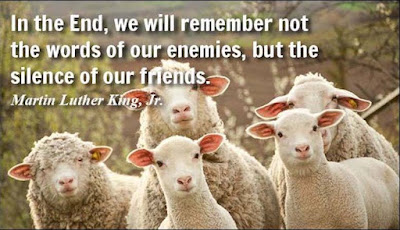 Army Tanks Throughout Railroad Tracks Of Chicago South Side

"They have army tanks throughout the railroad tracks of the south side. They are blatantly blasting 16 shots in the backs of our babies. They are picking off our legitimate leadership and representatives. And issuing us poverty pimp programs, opportunist based organizations, and individualistic individuals. They have created Cartels and continuing the counterinsurgency against our community. They have agent provocateurs strapped with state issued weapons and wearing wires. They are funding the same ones killing us. Where?...When?..CHIRAQ!...Today!"
-Chairman Fred Hampton Jr.. Black Panther Party Cubs. 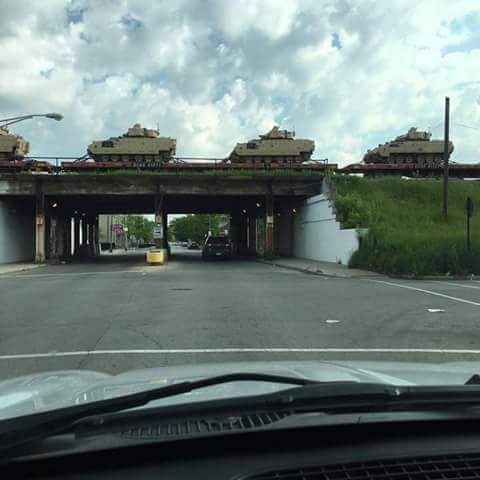 "20 shot in 16 hrs.!in Chicago/CHIRAQ! Today, May 20, 2016. And these only account for the numbers that we know about. If this many of the white communities pet poodles were to come up missing. Not to mention dead. It would be recognized at minimum. As some sort of conspiracy at least. As opposed to some sort of reactionary response as 'Poodle on Poodle Crime. You would at least look at the dog catchers. At least acknowledge the system. At minimum see what the Pigs did." 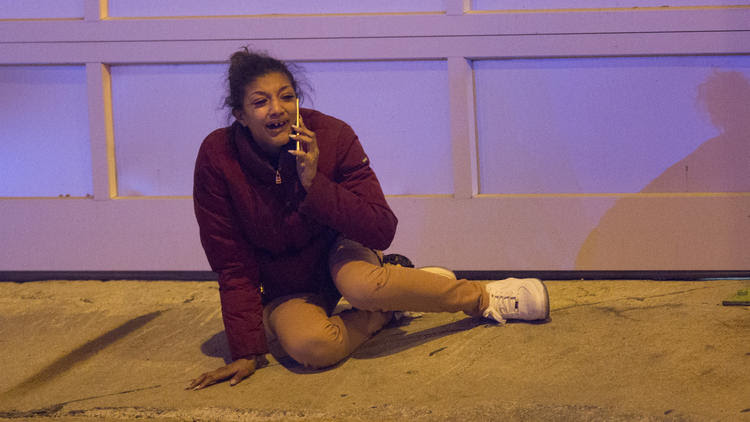 "There comes a time in which the interests are increased. As well as the temperature of the heat. When cadre and comrades must become more qualified. Mistakes are multiplied and consequences for errors are amplified. Rations become short, when it is not uncommon to have to constantly deal with terms and words as caskets and courts. The ranks are reduced of the Ridahs and gas prices are extremely high. Credible campaigns and cases are distinguished from simply ambulance chasing. When reconnaissances are implemented in order to distinguish legitimate missions from that of bogus bait. And there be no time luxury to distinguish if reactionary actions are simply mistakes or that of being delegated by the state."
-Chairman Fred Hampton Jr. Black Panther Party Cubs

..Job readiness program then throw you in a community where there are no jobs

."..Job readiness program then throw you in a community where there are no jobs. Commit to seeing a mental therapist ,then place you back in CHIRAQ! Where the Mayor has dismantled all of the Mental Health agencies within the Black Community in particular. Can be likened to teaching a fish how to swim in an aquarium. With controlled conditions,ie; fishermen,GMO fish food,etc.. Then throw the flailing fish out in the Sahara Desert. Simultaneously being saught out by sharks and seamen to be recaptured or ravaged ."-Chairman Fred Jr. On Cook County Mental Health 'Program'.


"CHICAGO – Cook County Jail is exploring a powerful program that could change lives.
The population of the Cook County Jail is more than 9,000 inmates. Of them, it's estimated about 30 percent have mental health issues. At a time when state, county and city mental health centers have all but vanished, Sheriff Tom Dart has made it a priority to address the issue. In what used to be the boot camp facility, a new day is dawning for these inmates. It is now called the mental health transition center. Many of the inmates have mood disorders, but some face bigger challenges, like schizophrenia or bipolar disorder, and most have been self-medicating themselves for years. The first six weeks of the program, inmates receive therapy Monday through Friday for 2.5 hours, identify negative behaviors and patterns of self-abuse. The second six weeks, they get job readiness training with the goal of acing an interview for a job once on the outside." http://wgntv.com/2016/05/10/a-look-inside-cook-county-jails-new-mental-health-program/
Posted by Chairman Fred Hampton Jr. (POCC/BPPC) at 10:51 PM No comments:

"Whether it be the St.Valentines Massacre Feb.14,1929 in Chicago. Or the Mothers Day Massacre May 8, 2016 in Chicago/CHIRAQ! . No one doubts the systems implementing and benefiting off of the bloodshed."-Chairman Fred Hampton Jr.

May 4, 2016 Free Em All Radio with Chairman Fred Hampton Jr. and Lady of Rage